Wondering if TriggerMapping is right for you?

If you still have questions, concerns, or you're just wondering if TriggerMapping is right for you? No biggie!

Send me a text and we can make sure this is the perfect fit for you!
Send Me A Text
Not Yet, I'd Like To Learn More

…Then It’s Time To Throw Out The Sales-Script And Adopt A Brand New Way Of Welcoming Clients Into Your Programs Through Connection, Intimacy, And Authenticity.

In only 60-minutes I’ll show you how to replace the scripted sales tactics with a simple 3-step framework designed for heart-centered coaches for making effortless and aligned invitations that could lead to a full-bodied Y-E-S on your next call.

Click Here To Ignite Your Invite
I used to believe I just sucked at sales…
When I close my eyes I can still feel the pit in my stomach as the tears rolled down my face.
The memory is so strong, it feels as if it happened yesterday.
I felt like an absolute failure…
There I was staring at a calendar filled with an ocean of sales calls.
It was everything I had ever wanted as a coach.
But you can only hear the words ‘No’ so many times in a row before you break.
And if hearing objection after objection wasn’t enough?
Filling out my sales call tracker at the end of the day and witnessing how many times I had failed tore me apart.
I couldn’t figure out what I was doing wrong, though?
I was following everything I was taught.
I was even using the same sales script that seemed to be working so well for everyone else in my mastermind.
Ver-Ba-Tim.
Slowly, I began to believe I just sucked at sales…
…At least that is what I was telling myself on repeat.
I tried everything I could think of to get a ‘Yes’
Dropping my price,
Adding bonuses,
Doing extra coaching calls,
Giving 24/7 text access to me…
But, nothing seemed to work.
I hated sales calls.
And then,
One day I finally had enough...

(Not literally, although that may have been pretty therapeutic)

Now,
I’m not sure if Tony Robbins would have approved?
But, it was the drastic mindset shift I needed.
What followed,
Was something that felt magical...
I stopped following every seemingly useless sales tactic I'd been taught…
And that’s when it happened!
Like Meg Ryan in You’ve Got Mail,
I heard those 3 beautiful letters come out of a client's mouth... Y-E-S!
But I want to get something out of way...
I don’t want to sound cliche and pretend like everything I was taught was crap and there’s a magical new way of doing things…
You see,
I’ve been able to gain some clarity on this over the years.
It wasn’t that those sales tactics didn’t work, even if a lot of them felt sleazy and inauthentic…
…It’s that they didn’t work for me and the people I was serving.
As a heart-centered coach helping people with transformation beyond the scale…
...The traditional sales tactics can be counterproductive.
And they can actually repel people!

Here’s the bottom line:
When we’re different and what we do is different, the way we need to approach Sales Calls needs to be different, too.

I proudly close almost every single person I speak to.
Given, that I’ve got a little practice under my belt…
But truth be told it goes so much deeper than just “Closing”...
The calls feel different.
The conversations are different.
The calls fill me up.
The invitations I make feel effortless and aligned.
And even if they do say ‘No’, I know that I have made a lasting impact on their life.
Now,
I’m not sure if you’ve ever felt like you’ve been in my shoes?
But, on the off chance that you have…
I’d love to share the revelations that I made – and refined over the last (almost) 10 years of my coaching career.
This is exactly what I’m going to teach you inside my Ignite The Invite Workshop.
Ignite The Invite will show you how to adopt a brand new way of welcoming clients into your programs through connection, intimacy, and authenticity.
So, if you’re ready to toss the script and start making effortless and aligned invitations?
Click Here To Ignite Your Invite

This Workshop Is For You If…

>> If you’ve ever felt “Boxed-In” following a Sales Script…
>> If you’ve ever felt out of alignment using traditional sales strategies or tactics…
>> If you’re tired of hearing ‘No’ and trying to overcome objections…
>> If you desire to make the ‘Sales Call’ a fun and enjoyable experience for both you and your prospect…
>> If you’ve ever struggled to convey what it is you do and how your program is different, and why it will work for them this time…
>> If you want to leave your ‘Sales Calls’ feeling full and complete knowing that you’ve already made an impact on their life…
>> If you want to discover how to unconventionally build and showcase your true value as a transformational coach every time you speak to someone about your services…
>> If you want to learn how to transform objections into conversations that help prospects make aligned decisions…
>> If you want your ‘Sales Calls’ to become a preview of the experience your clients will get once they’re working with you…
>> If you’re searching for a new way of welcoming clients into your program fueled by connection, intimacy, and authenticity…
If that’s you…
Click Here To Ignite Your Invite

Here’s Exactly What You’ll Learn Inside The Workshop:

>> Throw out your sales script, un-learn the masculine sales tactics, and adopt a new way of welcoming clients into your program through connection, intimacy, and authenticity.
>> How to articulate what you do, why they should care, and how you’re different than any coach or program they’ve tried in the past.
>> How to re-humanize your invitation by infusing emotion and vulnerability and allowing your clients to open up and get a backstage pass into the journey you will hold them through.
>> A re-discovery of the true purpose of these calls (Hint: It’s not to sell them) and how this change reduces friction, reduces your stress, and makes it easier for your client to make an aligned decision.
>> How to effortlessly invite your clients into your programs without worrying about the stress of handling objections.
Plus, a whole lot more!
Click Here To Ignite Your Invite

So, What’s The Investment?

1 Easy Payment of $47 USD.
The price of the Ignite The Invite Workshop is one easy payment of $47.
I have made a conscious decision to make my pricing as accessible as possible rather than investing my time in “persuading” you that the “value” is over 10x what you’re paying to justify my price.
Let’s be honest, I know you’d see right through that BS.
No shenanigans here.
Just 1 easy payment of $47.
Click Here To Ignite Your Invite

Here’s the deal…
I may be a little biased,
But I think this workshop is pretty damn good ;-)
And since I started sharing it..?
Let’s just say the students inside of my mentorship program tell me that it has completely changed the way they think about and approach their sales calls.
Now, I don’t want to make any assumptions…
After enrolling, you will get instant access to the course material,
And after you go through the workshop, if you don’t feel you found value that will improve your sales calls?
I will give you all your money back, no questions asked.
Click Here To Ignite Your Invite 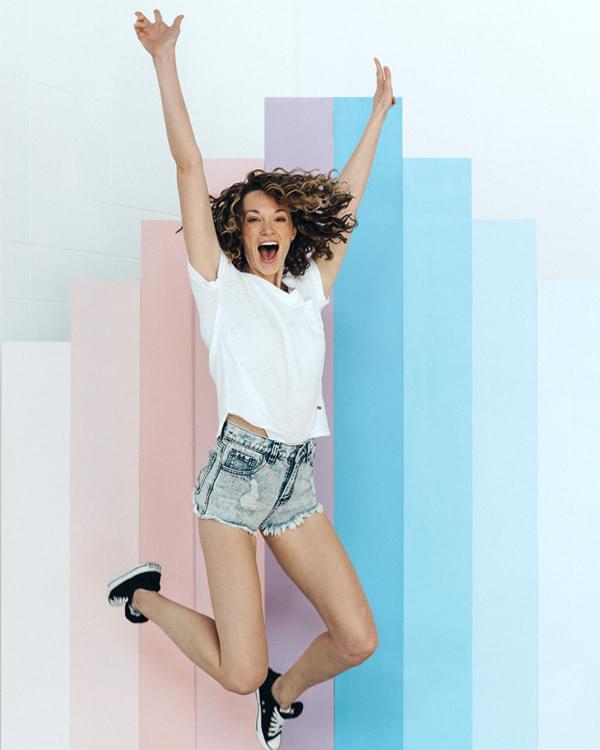 Laura is best known as a guide and mentor to coaches who don’t “fit” the mold of what we’re told we’re supposed to do, be, teach, or create. The coaches who crave more for themselves and the work they do with their clients. The coaches who are ready to have their unique brilliance witnessed by the world as they, in turn, learn how to witness and honor themselves.
She has created a space for these coaches to come home to and feel safe as they discover who they were always meant to be, how they were always meant to serve, and the legacy they’ve always been called to create. It’s inside her mentorship program, TriggerMapping™, where she installs this new depth of transformative power into every coach present.
Through boundless conversation, connection, empathy, and a raw, unfiltered understanding of who we truly are, she enlivens the approach we take with our clients so we may bring this same depth of change into the journey we lead them through. It’s this pure understanding and respect for the intersection of our minds, emotions, and lived experiences that she is able to bring forth a sturdy confidence and unique potency in the way coaches communicate with, connect to, and show up for their clients – and themselves.

1) If I don’t have a sales script, how do I know what to say?
Sales scripts provide us with a false sense of certainty and remove the intimacy and emotion heart-centered coaches can use to connect with our soon-to-be clients.
Inside Ignite The Invite you will learn exactly how to re-humanize these calls and create the connection required to make an effortless and aligned invitation.
2) Is there a money-back guarantee?
You bet.
There is a 30-day money-back guarantee.
If I don’t shift the way you view and approach your sales calls after watching and implementing the Workshop…
I will issue you a refund, no questions asked.
Simple as that.
3) What will happen after I register?
Once you’re enrolled you will be provided instant access to the Workshop video training and additional provided resources.
You will receive your login credentials and access to our education platform Kajabi and you will be able to get started immediately.
(Or, you will be granted access if you have previously purchased on of our products)
You will be provided with lifetime access and have the ability to access the training from your computer, or from the Kajabi App (available for both Apple and Android)
Click Here To Ignite Your Invite